The Gai Jatra (Gai - Cow and Jatra - Festival) is one of the famous festivals celebrated by the Newar community in Nepal, especially in Kathmandu Valley.

The Gai Jatra (Gai - Cow and Jatra - Festival) is one of the famous festivals celebrated by the Newar community in Nepal, especially in Kathmandu Valley. The festival always falls on the following day of full moon day in August. The multifaceted Gai Jatra festival has its roots in the ancient age when people feared and worshiped Yamaraj "the god of death". However, the ironical sessions synonymous with the Gai Jatra festival came into a tradition in the medieval period of the Malla dynasty in Nepal. According to the tradition, a family who has lost a relative during the past year must participate in a procession as a cow in the street of Basantapur Durbar Square, Bhaktapur Durbar Square, and Patan Durbar Square of Kathmandu, Bhaktapur, and Patan respectively. If a cow is unavailable, a young boy has decorated as a cow is considered a fair substitute. In Hinduism, a cow is regarded as the most venerated among all the domestic animals. It is believed that the cow will help the departed soul to go to heaven.

According to history, King Pratap Malla, one of the powerful kings of the Malla dynasty has announced the Gai Jatra festival in Nepal in the 18th century. The king and his beloved queen lost their son to the small fox and this incident led the queen to go into depression. The king was so sad because he could not make his beloved queen happy and smile although he had done all his effort. Then he announced in the city Gai Jatra festival to show his wife that she was not the only one who had lost a son or relative in the town. He also announced that if anyone could make her happy and bring a smile on her face, rewarded her adequately. Then one the day of Gai Jatra, King and queen had sitten on the balcony of their palace to see the young boys coming on cow dressed up. It really helped the queen to understand that many people in the town had also lost their families and finally she accepted the death. On the possession, some people had also done a comedy and mockery, which also brought a smile to the queen's face. In this festival, people stand online and offer free cost of milk, sweets, and fruits as well. The Gai Jatra is also a public holiday in Nepal. Read the Festivals and Events in Nepal 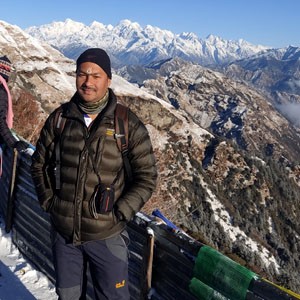